Watt to tackle big-guns in Thailand 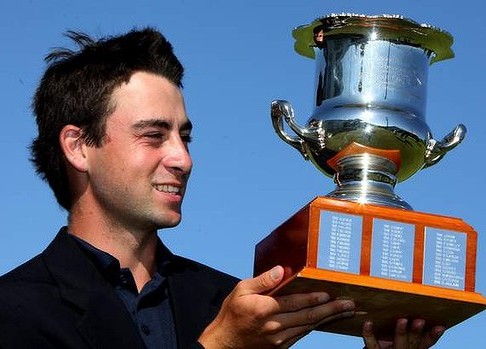 Brady Watt will face an impressive field in his professional debut at the Thailand Golf Championship starting tomorrow at Amata Spring Country Club in Bangkok.

Watt’s name sits alongside the likes of 2013 Fedex Cup and Race to Dubai winner Henrik Stenson, 2013 US Open Champion Justin Rose, as well as Bubba Watson, Rickie Fowler and Sergio Garcia but the Perth local said he wasn’t feeling any pressure.

“Oh, no, only the pressure you add on yourself. It’s pretty cool to see a few of the big guys next to you on the putting green. It’s pleasing to be here, and I’m very fortunate and pleased to have a start this week,” Watt said.

Watt’s amateur career culminated with his T14 placing at the Australian Open in November where he was the Low Amateur. It was just one of the many achievements for the Royal Perth member over his amateur career, that saw him rise to Number 1 in the world in June.

“Nothing much is different. I think it’s good having Dad over here, caddying again, like he caddied for me in the Australian Open. But I like to prepare the same as an amateur event because that’s all I know at the moment I guess. You know, I think this week, I can learn a lot from it and put more of that stuff into the next few events I play,” Watt said.

“It’s a challenging course. I think if you can hit the right shots off the tee, you can make some birdies out there, but it looks like a driving course and if you can get on top of that, you’ll be in good shape for the week,” he added.

It’s Watt’s first time in Thailand, having been schooled on the Amata Spring course by Aussie friends who played the Asian Amateur Championship there in 2012.