Six through in opening matchplay rounds 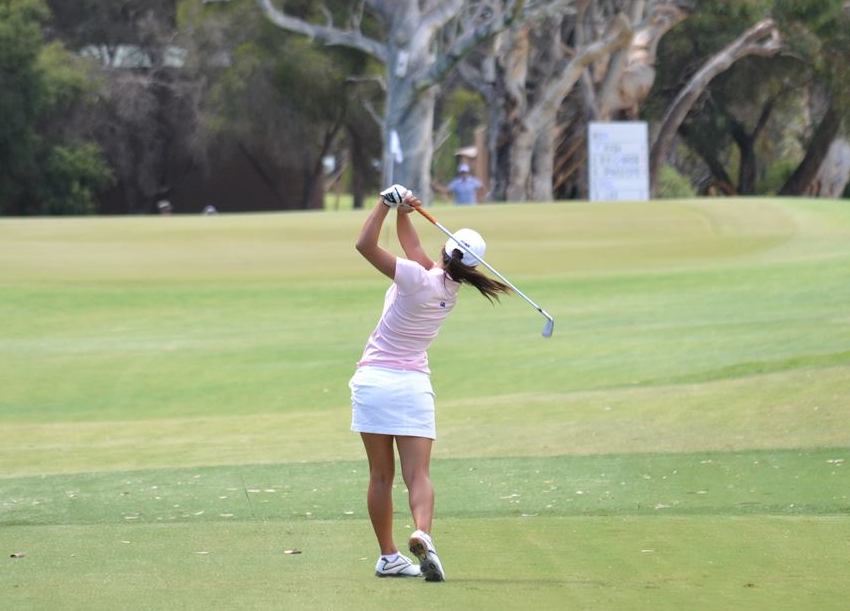 Minjee Lee is the highest remaining seeded player in the Women’s Australian Amateur after the opening rounds of Matchplay at a sizzling Grange Golf Course earlier today.

With temperatures expected to reach 46 degrees, Golf Australia ushered the 192 qualifying golfers out on the course as early as possible, with nine Western Australian hoping to qualify for the second round.

WA’s highest seeded women, Minjee Lee (2) and Jayde Panos (7), cruised through their matches with 7&6 victories. The two are on a collision course to meet in the quarter finals if they are to get through tomorrow’s Round of 16. Lee will have to overcome another Western Australian first, being drawn against fellow National Squad member Hannah Green in the Round of 16, who defeated Ju-yeon In of Korea 2&1 to advance.

On the other half of the draw, Alyssa Keir continued her spectacular run of form with a 6&5 win over American Kelli Bowers. Keir’s run to the final has been made all the more easier thanks to the elimination of Number 1 seed So-Young Lee, who Keir was on track to face in the quarter finals. Tomorrow Keir will tackle Queensland’s Karis Davidson who needed 19 holes to advance against New Zealand’s Munchin Keh.

Curtis Luck is the only remaining Western Australian in the Men’s Australian Amateur, defeating South Australia’s Heath Riches 4&3. Luck faces a tough Round of 32 draw against Master of the Amateur s Champion Simon Viitakangas of Queensland.