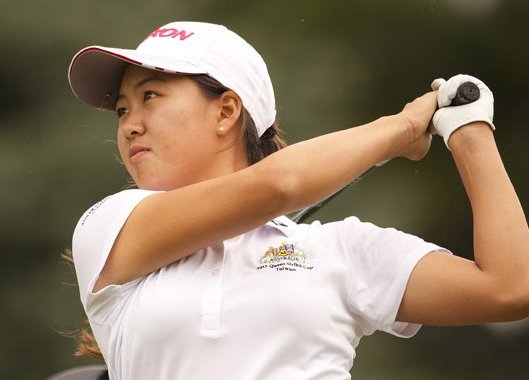 Royal Fremantle’s Minjee Lee is the Dunes Medal Champion after a resounding 9 stroke victory at the Mornington Penninsula in Victoria.

With only a single shot lead over Victorian Bianca Ling heading into the final round, Lee held her own in tough conditions on the exposed links course. Her final round of 76 was enough to give her a nine stroke victory over Ling.

It’s the fourth amateur victory for Lee this year, as she adds the Dunes Medal to the Australian, Australian Girls’ and Western Australian Amateur titles.

Mount Lawley’s Hira Naveed just missed out on a top-2 position, falling back in the final few holes to finish third at 18-over par.

It’s been a very successful season for Naveed, with seven wins in 2013 on the WA Junior Circuit, highlighted by her victory at the Drummond Golf 54 Hole Championship. Her 3rd placing at the Dunes Medal is her best performance in a World Ranking Amateur Event, and her World Ranking of 634 will receive a significant boost from her performance this week.

Hannah Green rounded out a successful event for Western Australia, finishing 5th. Green recovered well after a disastrous opening round of 81 to finish at 20-over for the event.

Curtis Luck was the best placed in the Men’s event, finishing T25 at 12-over. Minwoo Lee was further back at 18-ver tied for 35th place.