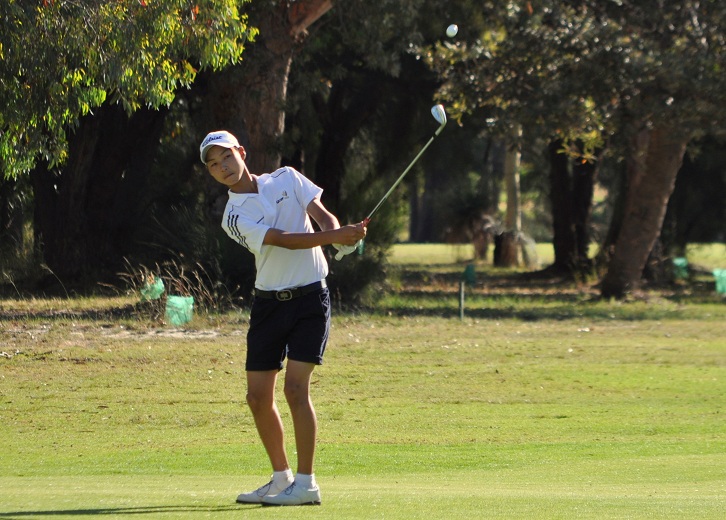 Royal Fremantle’s Min Woo Lee has won the 15 & Under division, and finished 5th overall, at the Greg Norman Junior Masters in Queensland.

Despite a final round of 79 on the difficult Palmer Coolum Golf Course, infamously known for it’s dinosaur park, Lee managed to win the division by five strokes over Queensland’s Jay Mackenzie.

Lee finished at 5-over for the event after sitting at 2-under heading into the final round. Scores across the board inflated on the final day as the players struggled to find their groove at Palmer Coolum, after previously playing on the Colonial and Gold Coast courses in the opening three rounds.

Lee’s win is his eighth of this year after earning a victory in the same division at China’s Aaron Baddeley International, as well as state victories at the Srixon Junior, Drummond Golf 54 Hole Classic WA Junior Amateur and the WA Junior Matchplay.