Three British Open spots up for grabs at Australian Open 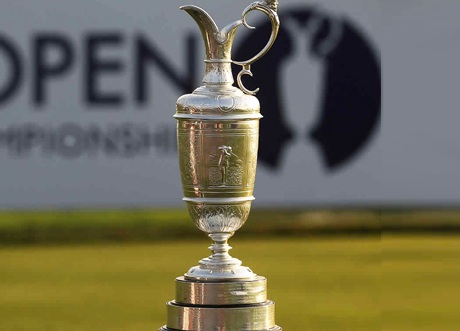 Three players will earn places at The Open Championship at Royal Liverpool (Hoylake) from 13-20 July, 2014 next week at the Emirates Australian Open.

The new Open Qualifying Series comprises 14 events in nine countries on five continents and will offer players the opportunity to qualify for golf’s oldest Major Championship at prestigious events on the PGA Tour, the European Tour, the PGA Tour of Australasia, the Japan Golf Tour and the Sunshine Tour.

The top three finishing players at Royal Sydney Golf Club, not already exempt into The Open Championship, will earn places.

There are currently four players in the field who are already guaranteed a place at Royal Liverpool (Hoylake): Adam Scott, Jason Day, Rory McIlroy (NIR) and Kevin Streelman (USA).

Nine qualifying places will be available on both the PGA and European Tours. Players will be able to qualify on the PGA Tour at each of the AT&T National, The Greenbrier Classic and the John Deere Classic*.

In Europe, players will be able to qualify at the Irish Open, the Alstom Open de France and the Aberdeen Asset Management Scottish Open prior to The Open.

Qualifying places will also be available at the Mizuno Open on the Japan Golf Tour, The Open Qualifying Series – Thailand and the Joburg Open in South Africa.

Golf Australia Chief Executive Officer Stephen Pitt said the announcement was a terrific development for one of the most respected championships in the Asia-Pacific region.

“Naturally we are delighted that the Emirates Australian Open has been chosen as the host championship for the The Open Qualifying Series – Australia. It adds further prestige to Australia’s most coveted title and gives our competitors a wonderful opportunity to earn direct qualification into golf’s oldest Major,” Pitt said.

“Headed by Masters champion Adam Scott, it certainly adds even more excitement to this year’s championship at Royal Sydney Golf Club. Not only will the fans witness the battle for the Emirates Australian Open title but we’ll also see three players earn their places at The Open Championship at Royal Liverpool next July.”

Defending Emirates Australian Open champion Peter Senior said, “I think this is a fantastic development both for the event itself and for the PGA Tour of Australasia. It will add another dimension to the tournament, giving the guys the chance to secure places in The Open Championship.”

“It is a great experience to play in The Open and to take on some of these wonderful links courses. I have played it in many times and was fortunate enough to qualify through International Final Qualifying for St Andrews in 2010. The field at Royal Sydney will know there is an added incentive for them to play well and try to secure a place in The Open at Royal Liverpool.”