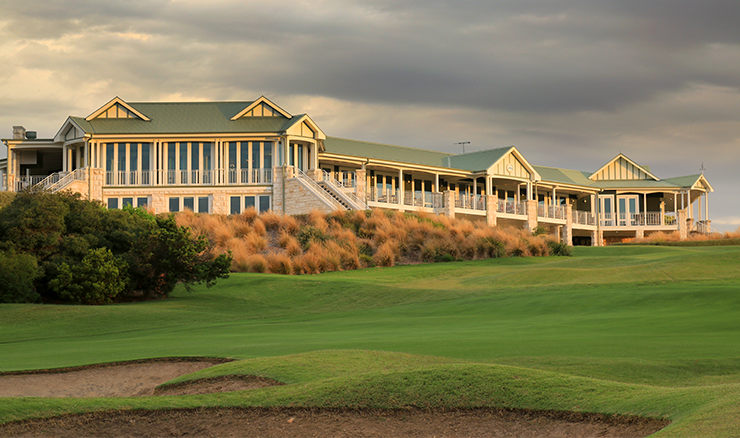 The Australian Interstate Teams Matches begin on Tuesday 10 May at Sorrento Golf Club on Victoria’s Mornington Peninsula and you can follow all the WA action on our website or social media channels.

Live scores across the three days can be accessed here.

The mixed gender teams – four males and four females – will play each other once in the traditional round-robin team match play format before the champion is decided in the final on Thursday 12 May.

The Sandgropers possess serious firepower. Karrie Webb Scholarship holder Kirsten Rudgeley is the only state representative to have played in a major and she is expected to be a dominant force throughout the week.

The four men within the team are all highly credentialed. Connor McKinney won the Australian Amateur at Cranbourne only weeks ago, Hayden Hopewell won the WA Open in 2020 and came runner-up at the same event last week, Connor Fewkes is an Australian Boys’ Amateur champion, while Joshua Greer played in the 2019 Junior Presidents Cup.

Meanwhile, Celine Chen, Sheridan Clancy and Amie Phobubpa are all fresh off taking out the girls trophy at the Australian Junior Interstate Teams Matches last month.

The men and women in light blue are going to be hard to beat with NSW Open champion Harrison Crowe and Australian representative at the Women’s Amateur Asia-Pacific Championship, and the upcoming Queen Sirikit Cup, Kelsey Bennett headline their squad.

Crowe has been dominant in matchplay with wins at the Victorian Amateur, the Australian Master of the Amateurs and the NSW Amateur last summer, while fellow St Michael’s member Bennett brings the experience of winning the women’s title in 2019 in addition to her own good form.

Harry Bolton, Chris Fan and Jye Pickin are all proven performers on the amateur circuit and the fact teen sensation Jeffrey Guan was not selected highlights the quality those three possess. Belinda Ji is fresh off a top-ten on the Ladies European Tour at Bonville, and Brielle Mapanao and Hayley McNeill have impressed at club level for The Australian Golf Club, and at national level.

The maroons will be calling upon the brilliance of junior star Justice Bosio to lead their charge at the title. Bosio has been in brilliant touch in recent times with a runner-up finish at the Australian Amateur and a top-ten at the Australian Women’s Classic Bonville, and has the potential to take some big scalps.

Sam Slater is the top-ranked male on the team courtesy of consistent performances including wins at this year’s Tasmanian Open Championship and the 2020 South Australian Amateur. Sarah Wilson is the only member of the team to return from the 2019 squads, while Tyler Duncan has been a promising prospect for some time despite injury issues.

Rhianna Lewis was top-ten at this year’s Australian Amateur and will be one to watch out for, and the trio of Quinnton Croker, Blaike Perkins and Hannah Reeves will all go into the week with hopes of furthering their credentials.

The crow-eaters will be front and centre with Karrie Webb Scholarship holder Caitlin Peirce and reigning Order of Merit champion Jack Buchanan expected to be a part of the best matches of the tournament.

Peirce’s star has risen astronomically this season, Buchanan is always around the mark, and the pair are deeply passionate about their state having caddied for the South Australian players at last month’s Australian Junior Interstate Teams Matches.

Reagan Denton and Charlie Nobbs become their teammates after being mentored by the state’s leading duo that week at Mt Osmond, while Billy Cawthorne and Matilda Miels are back again after playing in 2019.

Kyle Hayter has impressed since coming through the junior ranks and last December Amelia Whinney was recognised as the state’s best performing female amateur for the 2020/21 season.

The team from the Apple Isle ventures over Bass Strait ready to punch above their weight.

Ronan Filgate has been dominant in Tasmanian club competition, as has 17-year-old Jorjah Bailey. Joey Bower, Hunter Gillard, Mackenzie Wilson and Hallie Meaburn are all players of promise as shown by their inclusion in this year’s Golf Australia high performance squads.

If any two people are going to get the most out of those six, they are Mark Schulze and Sarah Johnstone who crucially bring experience to the squad having represented their state 16 and 13 times respectively and know how to take it up to the bigger states.

The Big V has turned to a mix of youth and consistency in their efforts to claim victory on home soil. The wildcards within the squad are 13-year-old Amelia Harris, who impressed at last December’s Sandbelt Invitational, and 15-year-old Molly McLean, who matched it with the pros at The Athena, and they both have talent to burn.

From the four men, the Vics will know exactly what they are getting. Phoenix Campbell, Andre Lautee, Jasper Stubbs and Toby Walker are all very consistent performers and they should be familiar with Sorrento’s layout.

Keeley Marx enters the week in good form having finished top-three at this year’s Australian Amateur, while Kono Matsumoto is an Australian junior champion and brings experience having debuted for her state in 2017.

Sorrento, which hosted the 2002 Vic Open, is known for its immaculate, undulating fairways and manicured green complexes which are a good test of course management.

Located near the tip of the Mornington Peninsula, the course is one of the oldest in the area and its hilly, sand-based fairways which are set within densely forested terrain reward players who are methodical and deadly accurate.

This is best exemplified by Sorrento’s short par-4s, which are sure to make for the most captivating golf of the week.

The five sub-350m par-4s – first, fourth, sixth, 16th and 18th – present a fine line between glory and disaster for the big hitters who can attack the green.

Driving the green can obviously provide a clear path to winning the hole, but things can get very tricky if the ball ends up in the surrounds. Do not be surprised to see matches turn on their heads at the short par-4s.

The other hole to keep an eye on is the par-3 13th which is deemed the hardest hole on the course due to the elevated green and the way the wind plays havoc with golf balls. Hitting the green may just be enough to win the hole in a lot of instances.