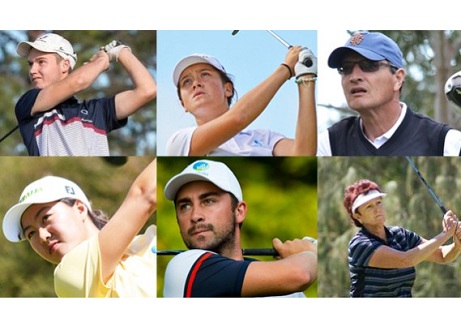 The best performed and most consistent players have been recognised following the conclusion of the 2013 Australian Amateur Ranking Systems. The results of over 70 ranking events across Australia during the last 12 months were collated to determine the winners.

The Men’s Rankings was won by Brady Watt (Royal Perth and Sun City) having won the Riversdale Cup, Dunes Medal, and WA Medal and Amateur, along with second place finishes in the Victorian Medal, Master of the Amateurs and Federal Amateur.

Minjee Lee (Royal Fremantle) won the Women’s Rankings, courtesy of her win in the Australian Amateur, SA 72-Hole Championship and WA Medal and Amateur, along with top 3 finishes in the Dunes Medal, Victorian Stroke Play and Amateur, and NSW Open.

Hannah Green (Mount Lawley) capped of a great year to take out the Girls’ Rankings with wins in the WA 72-Hole Championship and Srixon Junior, along with finishing runner up in the Australian Girls’ Amateur and Semi-finalist in the Australian Women’s Amateur. To add to this she also had top 5 finishes in the WA Medal and Amateur, Lake Macquarie Amateur, WA Girls’ Amateur, Victorian Junior Masters and GNJGF Junior.

The Ranking Events again saw nearly 3,600 players from around Australia and the world compete, with the Systems continuing to provide vast interest for golfers of all ages and genders.

Each System is points-based, and operates over a 12-month rolling period. All National Championships and each State’s Amateur Championships in the respective Systems count towards a player’s average, in addition to various other major events.

Players’ points are determined by their finishing positions in each event and the events themselves are weighted according to the field strength.

The conditions for the 2013 Australian Amateur Ranking Systems remain essentially unchanged, with the exception that the events comprising of stroke play rounds followed by match play rounds, will be considered one event with respect to the divisor. Minimum divisors have been reduced to account for this change.