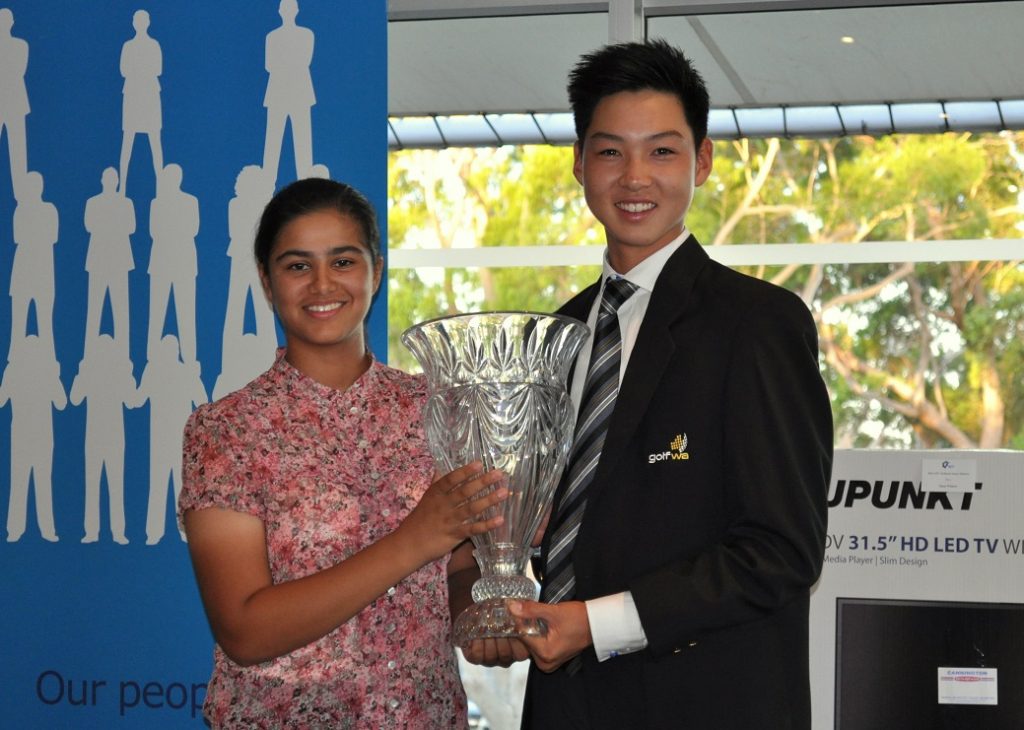 Pre tournament favourite Min Woo Lee won his first Nedlands Junior Masters title, with back to back rounds of 69 to finish with at 6-under-par, two strokes ahead of local favourite Fred Lee and Mount Lawley’s Ben Ferguson at 4-under-par.

Cameron Jones of Royal Fremantle returned to the course where he was victorious at the WA Junior Matchplay earlier in the year, however an opening round of 77 put him well out of contention despite a brilliant 6-under-par final round to give him a top five finish at 1-under-par.

Naveed’s opening round of 75 was the best for the tournament and was enough to give her an overnight lead of six strokes, which she held comfortably through the final day.