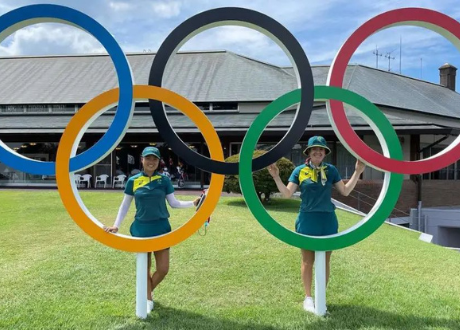 The final week of the Tokyo 2020 Olympic Games is here and that means it is finally time for the best female golfers in the world to capture the spotlight.

Women’s golf is one of the last Olympic events to begin with only marathon swimming, park skateboarding, rhythmic gymnastics, modern pentathlon and karate waiting as long to go for gold.

Nevertheless, the field have had a busy lead in with most competing in the Evian Championship – won by Australia’s own Minjee Lee – before heading to Tokyo.

Lee is joined by fellow major winner Hannah Green as Australian representatives and both are strong chances of winning a medal.

The pair are refreshed heading into the Games with Green skipping the last five weeks of tournaments to spend time at home, while in the past week Lee enjoyed downtime with family to celebrate her breakthrough major triumph and brother Min Woo’s birthday.

They are joined in the field by this year’s other three major winners: Thailand’s Patty Tavatanakit (ANA Inspiration), the Philippine’s Yuka Saso (US Women’s Open) and America’s world number one Nelly Korda (KPMG Women’s PGA Championship).

The three medallists from Rio – South Korea’s Inbee Park (gold), New Zealand’s Lydia Ko (silver) and China’s Shanshan Feng (bronze) – are all also among the stars in the field.

Kasumigaseki Country Club’s east course is hosting the tournament – as it did for the men’s – and low scoring is expected in the pristine conditions.

It all starts on Wednesday and Australian golf fans can catch all the action on 7plus.

The 7plus app will allow fans to tune into the golf on any device – you can watch on your smartphone, tablet, computer or stream to a smart TV.

Each day, coverage begins on 7plus at 6:30am AWST and continues until the final group finishes at around 3:00pm AWST.

The medal ceremony will take place at around 3pm AWST on Saturday.