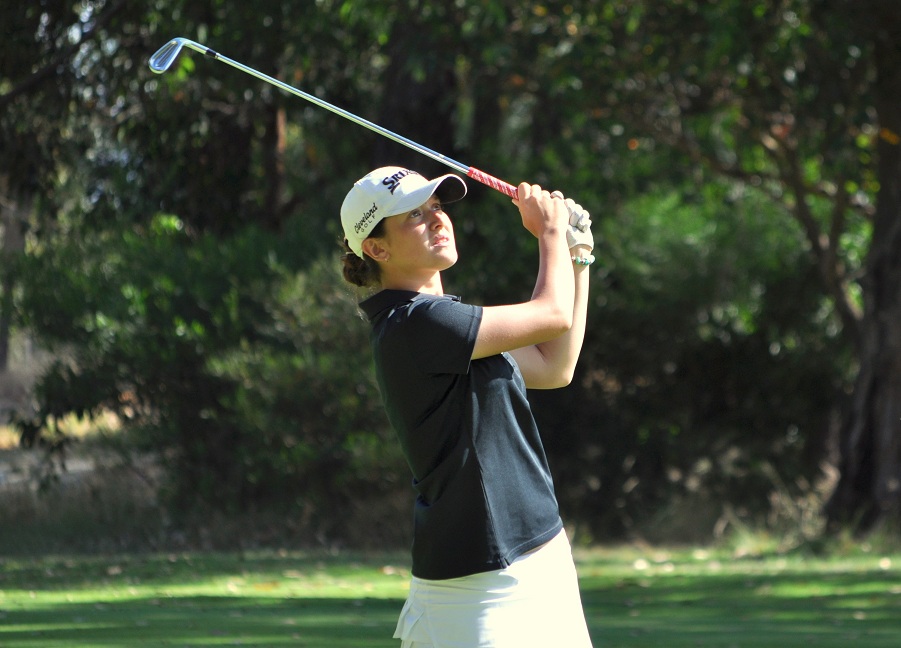 In conditions similar to round one, only six players managed to break the course par of 73 on the second day.

Hannah Green from Mt Lawley in Western Australia followed up her first round 74 with a blistering 68 which is a new course record with the recent lengthening of the 16th hole. Green carded birdies on the first, third, fourth, fifth and eighth to be out in 32 and off-set bogies on eleven and seventeen with an eagle on sixteen.

Jenny Lee from Glenelg in South Australia turned even par with two birdies and two bogies on the front nine but scooted to a two under par 71 with birdies on ten and twelve to be three shots behind overall leader Green
Spanish stroke play Champion, Luna Sobron fired a second consecutive par 73 to be in overall third position while countrywoman Natalia Escuriola also parred the course.

Munchin Keh from New Zealand followed yesterday’s two over 75 with a mixed bag of five birdies and four bogeys for a one under 72 to sit alone in fourth place on 147.

Overnight equal leader Elizabeth Elmassion from The Australian Golf Club carded a two over 75 for an overall total of 148 and sits alone in fifth position.

Kelli Bowers from the USA shot a one under par 72 to be in equal sixth place with another international, Charlotte Thomas from Singapore who shot a one over 74.

Local, Aliza Huff managed a three over 76 to be eleven shots off the pace.