Green welcomes a mate into the fold 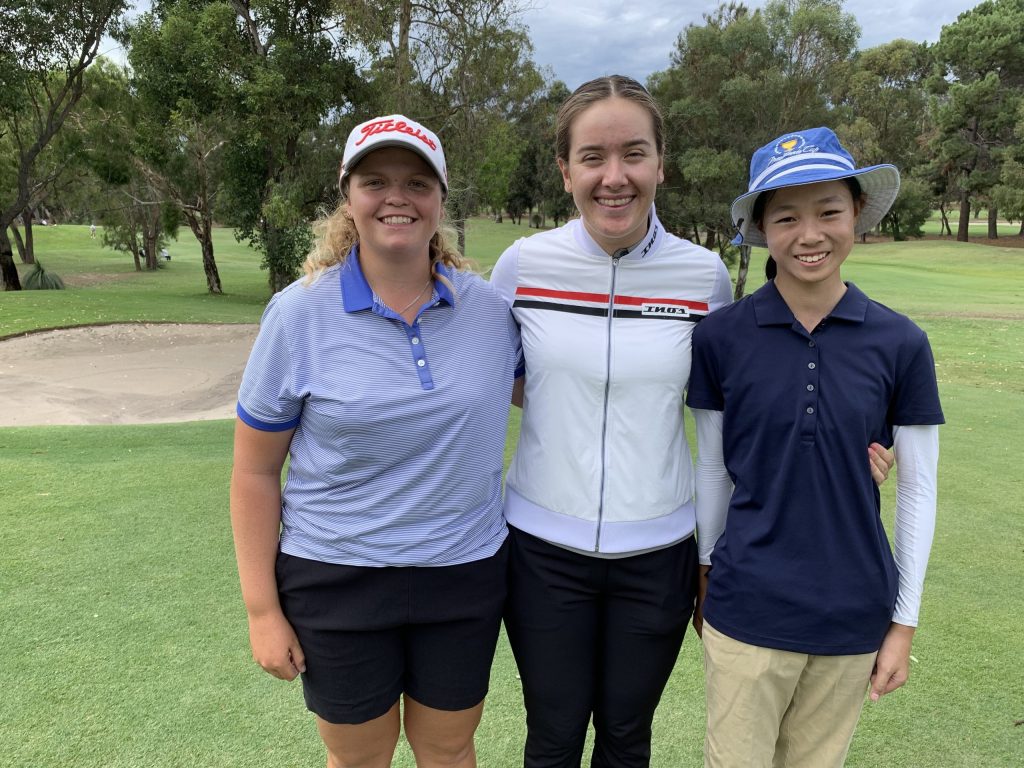 Major champion Hannah Green will devote part of her preparation to making fellow West Australian Kirsten Rudgeley feel at home among the elite of world golf at this week’s AIG Women’s Open at Carnoustie Golf Links in Scotland.

Rudgeley, a 20-year-old amateur who hails from the same golf club in Perth as Green, was the last of the eight Australians to qualify for the Women’s Open, finishing tied for third at Monday’s Final Qualifying with a round of 1-under 69 at Panmure.

It continues a remarkable run of success for the English-born Rudgeley that has included victories at the Helen Holm Women’s Scottish Open Championship and the English Amateur Championship in the past month.

As fellow members of Mount Lawley Golf Club, Green has been a sounding board for Rudgeley throughout her amateur career but the importance of that relationship reaches new heights at one of golf’s most revered championship venues.

The pair had dinner together at the hotel on Monday night – Green had a chicken burger, Rudgeley the steak burger – and the two will play a practice round together on Wednesday to conclude their preparation.

But Green’s first task is to calm Rudgeley’s nerves so that she can simply continue to deliver the type of golf she has been producing for the past 18 months.

I had dinner with her last night and she was asking me so many questions, said Green, the 2019 KPMG Women’s PGA champion.

She was just so excited to get here. I think she’s a little bit starstruck. She’s told me she’s seen a couple players she watches on TV. One day she’ll be one of those girls and there will be someone looking up to her.

She just needs to keep doing what she’s doing and don’t get too caught up in it and just play well.

She’s a great kid, comes from a great family, so I’m really excited she’s made it and I hope that she can contend on the weekend as well.

Rudgeley’s rise to prominence within Australian golf has been somewhat meteoric.

Fifth at the Women’s Australian Amateur in 2018, the now 20-year-old was consistent without ever really breaking through.

She won the Western Australian Amateur in 2019, successfully defended her title last year prior to COVID but it was the way she finished 2020 and took that form into this year that set her on the path to stardom.

First came the Port Phillip Open and Victorian Amateur. She was seventh after the opening round of The Players Series Victoria, won the Rene Erichsen Salver by nine strokes followed by the North Shore Classic in Auckland. She is two-for-two since arriving in the UK in two of the game’s most prestigious events for female amateurs.

“I think Kirsten’s the real deal, I really do. She’s a star of the future,” said 1993 Women’s British Open champion Karen Lunn on this week’s Inside The Ropes podcast.

“This week’s going to be a great learning curve for her, playing in a major championship with very little experience of playing at the very top level.

“If she could make it to the weekend that would be a huge result.”

Monday’s burgers will be the first of numerous dinners that Green and Rudgeley share throughout the week, Green confident that the debutant can play well enough to hang around for a meal or two together on the weekend.

“She’s been playing really well so there’s no reason why she can’t do it again this week,” said Green, herself out to improve on her best finish at the Women’s Open, a tie for 16th in 2019. “She was really nervous about the qualifier but there was a decent amount of spots and she’s had a couple of wins over here in the UK.

“She’s got a really tough mental game so I knew she was going to make it.”