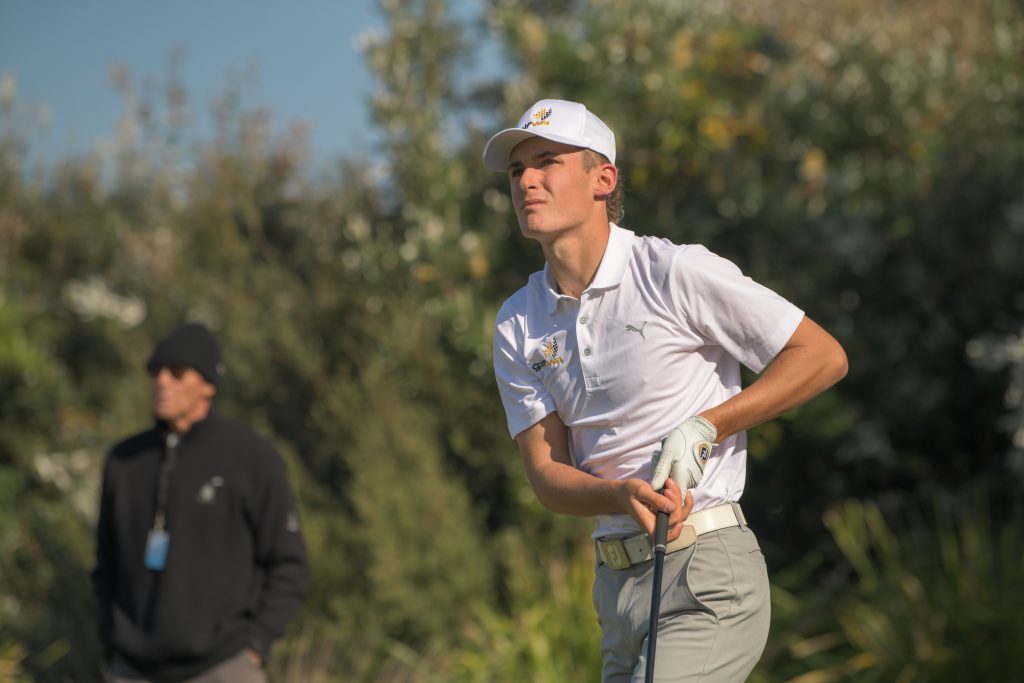 Western Australia sit narrowly behind South Australia by half a point after the first two rounds of the Australian Interstate Teams Matches at Sorrento Golf Club.  The West Aussies confidently defeated Tasmania in the morning 7-1, and halved the match with Queensland in the afternoon round.

Connor McKinney, Celine Chen, Hayden Hopewell and Sheridan Clancy all won both of their matches, and McKinney was delighted with how he, and the team, kicked off the event.

“I was pretty solid today, I was bogey free in the afternoon and only had a couple this morning, so I guess not really giving up too many holes to the opponents is pretty crucial,” McKinney said.

“The four players that we have (in the men’s) can win at any position, so it’s almost kind of like picking names out of a hat for who plays where and half a point is still half a point. So we will bounce back tomorrow, we’re all still happy, still comfortable, so we’re looking forward to tomorrow.” 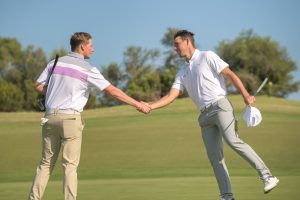 The tournament surprise came when South Australia defeated New South Wales 5-3 in the morning before overcoming Victoria 5.5-2.5 in the afternoon off the back of a stunning all-round team effort.

All eight team members claimed a win across the two rounds, but none were as spectacular as Charlie Nobbs’ 7&6 win against Victorian Toby Walker.

Nobbs was seven-under the card when they shook hands and the fact Walker parred every hole emphasised his brilliance which began with an eagle at the first.

“It was not a bad chip on the first hole which rolled in. Then I threw it off the bank on the second and it spun back to be about four feet and got that one in as well. After that I had a bit of momentum for the rest of the day,” Nobbs said.

“We’ve done well. We knocked off New South this morning which was pretty cool. We’re all stoked about that. Then to come out and beat Vic this afternoon, we were all pretty tired but came out and got it done. We’ll get a nice dinner tonight and see how we go tomorrow.”

Co-captains Cailtin Peirce and Jack Buchanan led from the front by securing crucial points as the number one seeds.

“We were a little friendly with the gimmies early on, I mean Crowey did make me putt a short one on the last but it was probably fair,” Buchanan said.

“I think we just thought we’d cruise into it and then it got pretty serious at the end so it was pretty good.We knew NSW were a strong team on paper so for us to get on top early this game will give us a lot of confidence for the rest of the week.”

Western Australia are the only other undefeated team after two rounds as they accounted for Tasmania 7-1 before splitting the point on offer with Queensland.

New South Wales and Victoria had one win and one loss each to stay in the mix for a berth in the final.

Kelsey Bennett won both of her matches for The Blues, as did Brielle Mapanao, while Kono Matsumoto was the only Victorian to win both of their matches.

“It feels good to get that win. I was three down through five, then we squared hole and I ended up winning three in a row which changed the momentum a bit,” Bosio said.

“She hit it well and we squared a few holes where we both had birdies so I’m very happy.”

Tasmania had a tough start to the tournament going down to Western Australia and New South Wales.