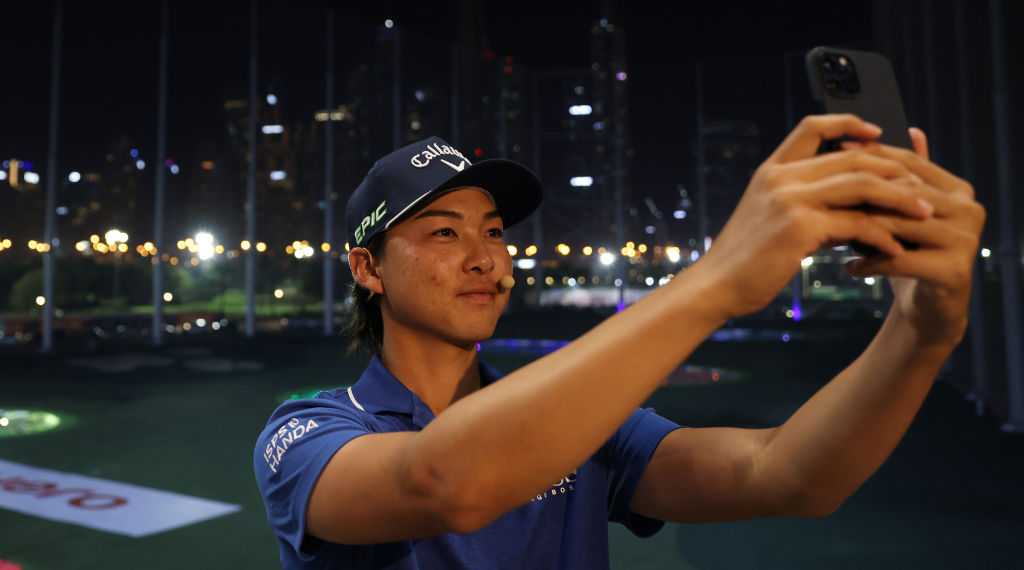 It has been 25 years since an Australian has finished top-five on the European Tour Order of Merit but Adam Scott sees no reason why Min Woo Lee can’t finish 2021 as Europe’s No.1.

Scott is this week making his debut at the PGA Tour’s RSM Classic at Sea Island in Georgia but took time in his pre-tournament press conference to praise the performance of Lee in Europe this year and his emergence as one of world golf’s elite talents.

Lee enters the culmination of the European Tour’s Race to Dubai in fifth position in the standings and drawn to play alongside England’s Tyrrell Hatton in the second-to-last group in the opening round of the DP World Tour Championship at Jumeirah Golf Estates in Dubai.

With No.3 Jon Rahm absent this week Lee is one of only six players who can claim the Order of Merit crown but needs nothing short of a victory and for Americans Collin Morikawa and Billy Horschel to not feature near the top of the leaderboard.

Given his rapid rise and Scottish Open victory in July, Scott sees no reason that the 23-year-old can’t become the first Aussie Order of Merit winner in Europe since Greg Norman in 1982 and first top-five finisher since Robert Allenby in 1996.

“Actually, it’s funny how things work. I was talking with somebody who knows him the week before the Open Championship and he was asking me why Min Woo hadn’t done better.

“I said it could be many things, but it’s probably just a matter of time, he’s so talented. Then he won the Scottish Open in pretty fine style that week and obviously put himself in a great position.

“The talent is all there. He’s got the modern game, he’s got all the attributes, he just has to find the best way to apply himself to consistently challenge at that level like the Scottish Open.

“No doubt a really good week this week would do his confidence the world of good.

“He might win the whole thing and we see a new star of golf.”

In a week in which Scott will also wind down his 2021 schedule he too is looking to end the year in winning fashion.

Runner-up at the Wyndham Championship in a playoff in August and top-five two starts back at the CJ Cup, Scott defines his career by wins and wants to chalk up his first post COVID victory in his first view at Sea Island.

“I’d love to win the tournament,” said Scott, whose last PGA Tour title came at the Genesis Invitational in Los Angeles in February 2020.

“I was close a few months back and I feel like my game generally is in a pretty good spot.

“I think it’s good enough to contend here this week and I’d like to make the most of that”.

“Playing the Seaside course yesterday was really enjoyable, the weather was beautiful and it’s a great place to be.

“I really liked the golf course a lot and looking forward to the challenge this week.”

This week also marks the end to the LPGA Tour’s 2021 season with three Aussies qualifying for the CME Group Tour Championship in Florida.

Minjee Lee enters the week ninth in the standings, Hannah Green 28th and Su Oh 42nd, Green eager to repeat her performance from a year ago when she finished runner-up or perhaps go even one better.

“I had a good result last year here at CME, finished tied for second,” said Green as she collected $US1 million for winning the Aon Risk Reward Challenge.

“It’s always nice to come back and play at practice round and remember when I made clutch putts and up and downs and made birdies.

“I feel like I’m a bit fresher than I was last week, which is always good. I’m looking forward to playing and then coming back home.

“That’s what I’ve done the last two times that I’ve won, I’ve gone straight onto a plane, so I don’t see why I can’t do it this week.”

By PGA of Australia

Min Woo Lee kicks off his first round at the DP World Tour Championship at 4:35pm.