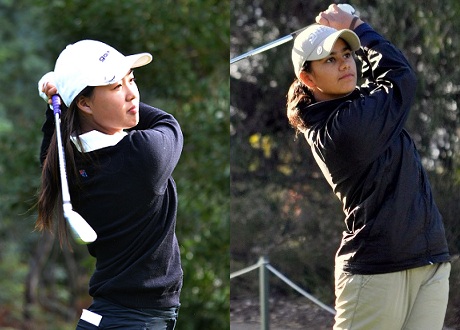 Hira Naveed of Mount Lawley Golf Club shot an even par second round of 72 to jump into a tie for first in the Dunes Medal at Mornington Peninsula in Victoria.

Naveed joins fellow Western Australian Minjee Lee of Royal Fremantle in first place, as Lee dropped four shots to Naveed with a 4-over round of 76 in her second round.

Ranked 647 in the world, the 16 year old Hira Naveed is on the brink of a breakout tournament in this world ranking event. It’s been a successful 2013 for Naveed, who has seven victories to her name in 2013, including the 54 Hole Tournament.

In the Men’s event, Minwoo Lee of Royal Fremantle scored a second straight round of 1-over par to move up the a tie for 15th place in the standings, six shots behind Taylor MacDonald and Simon Vitikangas of Queensland at the top of the leaderboard at 4-under par.