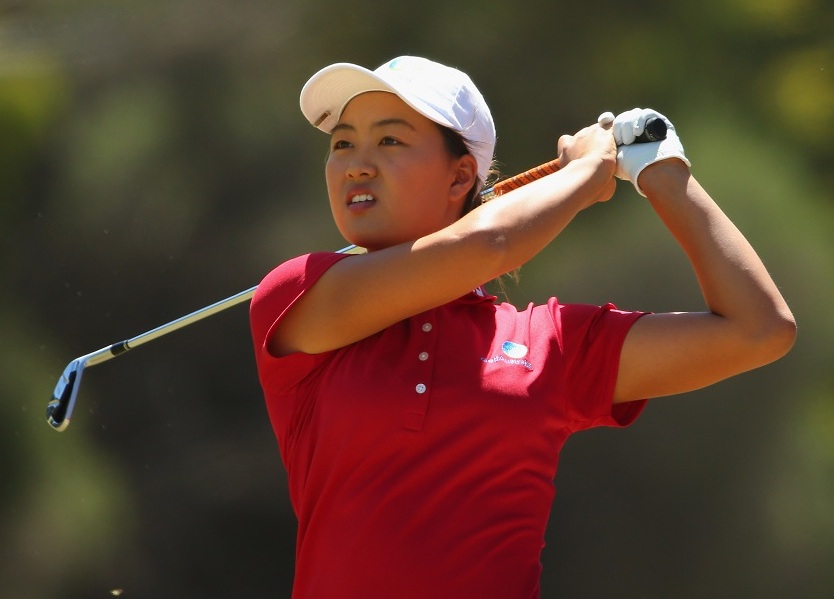 After a dominating month in Australia, Royal Fremantle’s Minjee Lee is looking to take the world by storm with a blistering 68 in the opening round of the Mission Hills World Ladies Championships in China.

Lee’s 5-under round is good enough for outright second place where she finds herself surrounded by the world’s best ranked golfers on the leaderboard. Norway’s World Number 2, Suzann Pettersen, is leading at 6-under and World Number 1 Inbee Park of Korea is a shot back of Lee at 4-under.

Lee’s round was characterised by being able to bounce back after bogeys on the par three 5th and par three 11th. Lee’s bogey on the 11th left the World Number 1 amateur at 1-over through two holes, but a string of birdies form the 12th to the 14th put Lee well on track as she made the turn at 3-under. Another bogey on the 5th was followed by birdies on 6 and 7 to keep Lee in the top 2 and within striking distance of Pettersen.

Lee, who already has one professional victory to her name, is currently playing in her fifth professional tournament of the year and her first internationally.