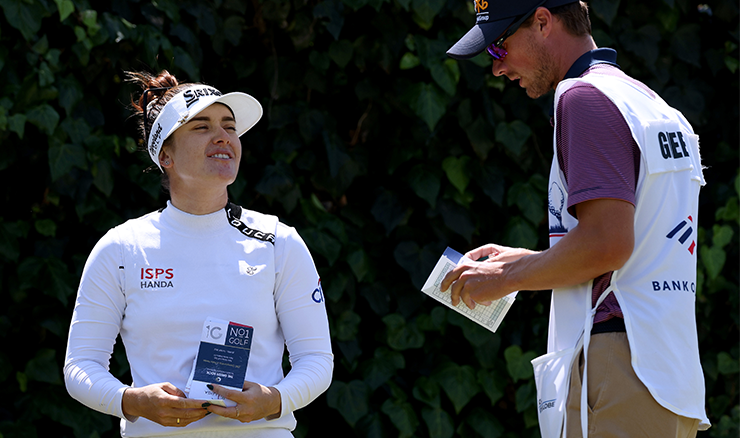 For a second straight week West Australian Hannah Green has experienced the disappointment of being in the final group on Sunday but not bringing home the trophy.

Green entered the final round with a one stroke lead, playing alongside New Zealander Lydia Ko – who finished in a tie for third – but a second straight one-over round of 72 relegated the world number 19 into a share of fifth at seven-under par – three shots behind American winner Marina Alex.

From the outset Green had her work cut out for her courtesy of bogeys at the second and third. She fought back immediately after however with a birdie at the fourth and another at the seventh to return to her starting point.

A bogey at the eighth was an unfortunate setback, but she hung in to remain in contention with a birdie at the par-3 12th until the fatal moment arrived at the 17th.

Two shots behind Alex with two holes to play, Green had no choice but to attack the right pin. Unfortunately, the aggressive play did not pay off as her tee shot found the rough short of the green and she scrambled for bogey. She will now head home to Australia for a break with family and friends.

Minjee Lee began the final round among the contenders, but the world number four finished tied for 13th at five-under after she was unable to recapture the magic from her eight-under opening round of 63.