Close but not quite for WA at Interstate Series 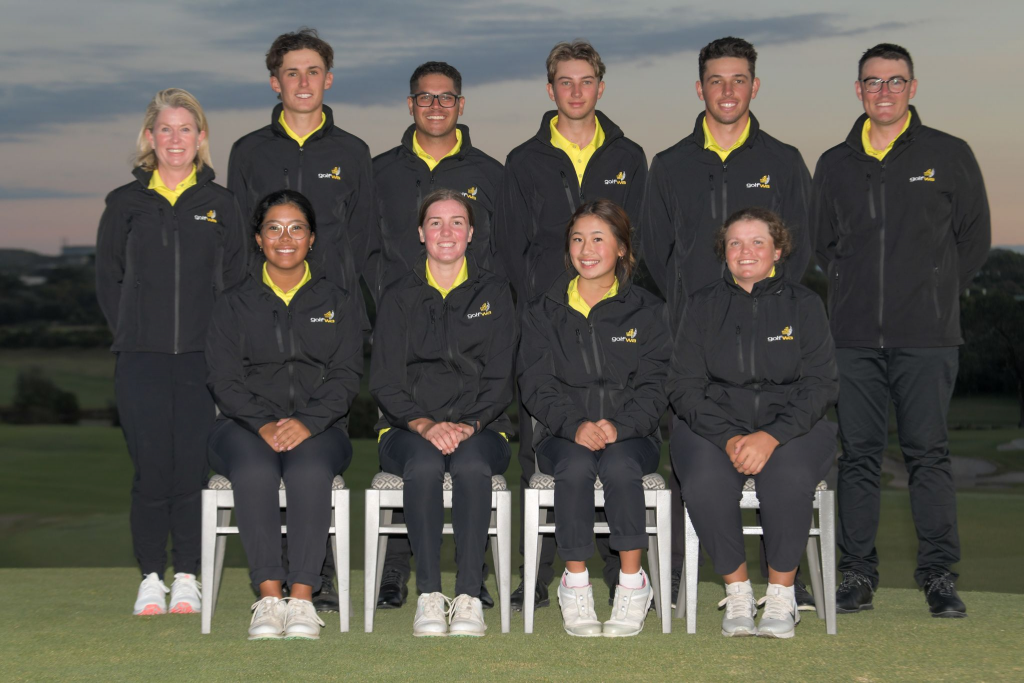 The 2022 Interstate Series came to a close on Thursday with a confident Victorian team taking home the title after a tightly matched final against South Australia.  Our congratulations to the Victorians deserving winners in an exceptionally strong competitive field.

Victoria are the first state to hoist the Australian Interstate Team Matches trophy in the event’s new mixed gender format after a 5.5-2.5 win over traditional rivals South Australia in Thursday afternoon’s final at Sorrento Golf Club.

The home side finished top of the table and they showed why with consistent performances across the board in the final as co-captain Andre Lautee, Konomi Matsumoto, Toby Walker, Amelia Harris and Jasper Stubbs claimed the five victories which secured the title.

The WA team fought hard on Thursday morning, knowing they needed to top the Vic’s to make it through to the afternoon final.  The match was close, with Victoria winning 4.5-3.5.  Kirsten Rudgeley had a confident win over Victoria’s top seed Keeley Marx.  Team Captain Connor Fewkes sailed in with an early victory 5&4, and Hayden Hopewell continued his stellar undefeated series with a win over Vic’s number one Andree Lautee.

Sitting in third place overall, WA team Captain Connor Fewkes felt, “a high point of the trip was knowing we had come so far and if we had a win over Victoria we were a certainty in the final.  We came close to getting it done and I am really proud of the team.  The culture this year was awesome, and having a home cooked meal together each night made it feel like a family.  There were some exceptional performances this week from Hayden (Hopewell) going undefeated and Sheridan Clancy and Kirsten Rudgeley only losing one match for the entire tournament.  That is a massive effort.”

WA Interstate Series Coach Alex Mckay shared, “there was an exceptional team unity and supportive culture in this group.  They had each other’s backs, and all focused on the end goal as a team. They are a very accomplished group of competitors who have a strong network of support with their own coaches, parents and home clubs rallying behind them.  It was a privilege to lead the team this year and I am exceptionally proud of them all.”

Home for short rest, the WA talent will be testing themselves internationally in the coming months. Joshua Greer, Connor McKinney and Hayden Hopewell will head to the UK  to represent Australia in the European and British Amateur titles. Connor Fewkes will head to the US with his first event being the Dogwood Invitational early June. Sheridan Clancy and Amie Phobubpa will follow to the US for the IMG Junior Championships in July, and Celine Chen will seek out a win at the Singapore Junior.

Kirsten Rudgeley will head to Singapore for the Queen Sirikit Cup before joining Karrie Webb in the US to watch the KPMG Women’s Championship. Sheridan Clancy will also be competing in the St Rule Trophy at prestigious St Andrews later in the month before heading to the US Junior Girls qualifier in Texas.

Watch this space for news on the overseas adventure of our top WA talent!

On a personal note, I am very grateful for the opportunity of managing such a tremendous team this year.  The way the team conducted themselves both on and off the course is a credit to all the groundwork done by coaches, family and the team as individuals.  Thanks to Sorrento Golf Club for treating us like royalty on your impeccable course, and to Dylan Grandell of Golf Australia for running a seamless tournament. We are very grateful for all the groundwork done by the team at Golf WA, particularly Neil and Marc for making it happen.