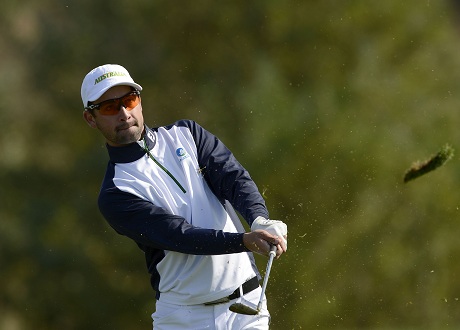 An Even Par round of 71 has put Brady Watt in a commanding position in 3rd place after the opening Round of the Asia Pacific Amateur Championship, held at Nanshan International Golf Club in China.

Fellow Western Australian Oliver Goss is a shot behind Watt, tied for fourth. There is plenty on the line for the 117 amateur golfers in the field, with the winner earning a start at the US Masters and British Open. A win for Oliver Goss would result in him playing three of the four major tournaments in 2014 after previously earning a spot for the Masters and US Open at the US Amateur where he finished as a finalist.

Watt played a consistent opening round as the field struggled to post some low scores. Starting on the tenth tee, Watt made three bogeys on the back nine, but an eagle on the par-5 sixteenth meant Watt would make the turn at 1-over par. Watt finished strongly with a bogey free front nine, and a birdie on the par-5 fifth hole would bring back him to even par.

While Watt finished strongly, Goss faltered on his final nine holes after making the turn in the lead at 2-under. Goss made three bogeys on the back nine to fall to one-over par for the day, but still sits in a tie for fourth position four shots behind leader Zecheng Dou of China.

West Coast Open Champion Daniel Hoeve will be rueing a triple-bogey on the final hole to finish 6-over par. Through ten holes, Hoeve was a joint leader at 1-under par, however Hoeve struggled after the turn with a 42 on his final nine to finish tied for 37th place.

Fox Sports 3 will be televising 2 hours of highlights of today’s round, from 7pm Perth time.