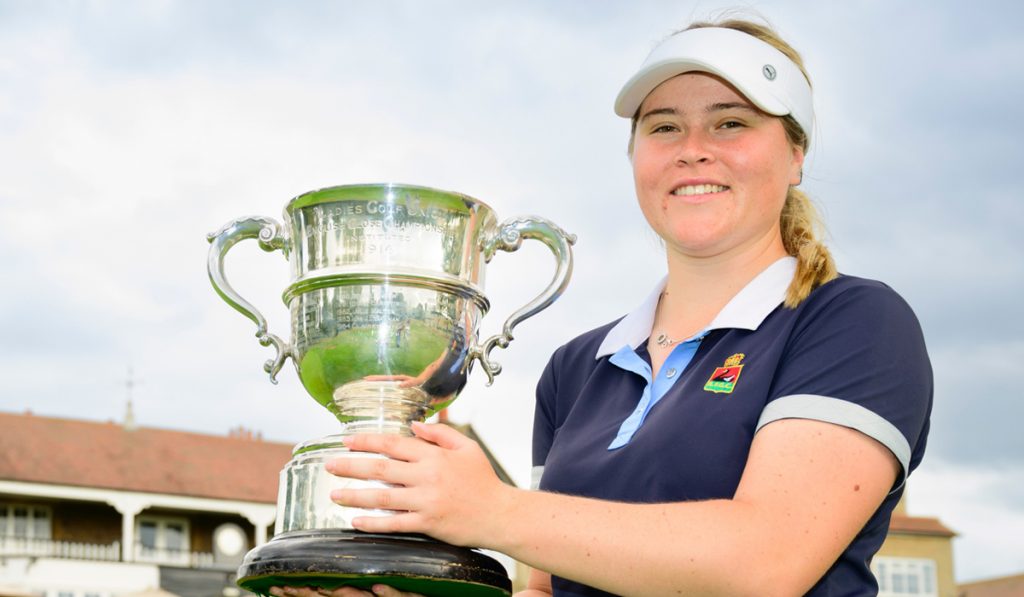 The 19-year-old timed her run in the final to perfection, taking the lead for the first time on the 28th hole.

And after the pair exchanged holes on 33 and 34, Teasdale held her nerve to keep her 1up advantage and get her hands on the title in the glorious South Yorkshire sunshine.

The Royal Fremantle golfer’s victory was a delight for mum Jackie, dad Darren and brother Joe, with the latter caddying for his sister throughout the 36-hole final.

The women’s final got underway at 8.45am in a light drizzle, and it was Xanh who was quickest out the blocks as birdies on the second and the eighth holes pushed her into an early lead.

The remainder of the first round was an evenly-matched affair as Xanh stayed 2up but a superb birdie on the 18th from Teasdale ensured she stayed just one hole behind at the halfway stage.

Having started the first round in fine form, Xanh repeated the trick at the beginning of the second as birdie-par was enough to see her move into a 3up lead and take firm control of the contest.

Teasdale wasn’t going to let the opportunity of silverware slip and she responded magnificently, winning the 22nd, 23rd and 26th holes with some tremendous golf to tie the match.

Where the trophy was going was now anyone’s guess but Teasdale moved ahead for the first time in the contest with a par at the 28th as Xanh bogeyed the same par four.

The two were in a neck-and-neck race to the finish line and Xanh levelled things up again on the 33rd hole as Teasdale couldn’t rescue a par having pushed a chip beyond the back of the green.

The crucial moment came with three holes to play as Xanh bogeyed the par four, leaving Teasdale an opportunity to hole her putt and move into the lead, a chance she duly took.

Both players made par on the 35th and 36th holes, with Teasdale holing a nervy three-foot putt at the last to claim the title, much to the delight of her family and friends who had made the journey over from North Manchester.