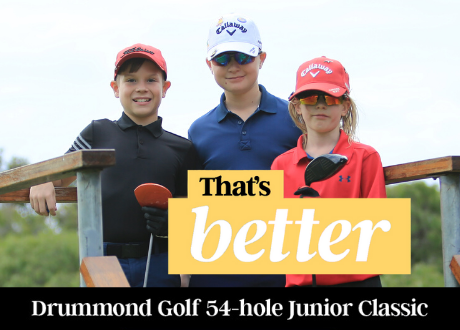 Western Australia’s top junior golfers will descend on the South West later this week to compete in the 2020 Drummond Golf 54-Hole Junior Classic.

Harvey Golf Club will play host to the opening round of the tournament on Wednesday, July 15. This challenging layout features a number of dog-legs and has been described by some as a shot-makers dream.

Thursday’s round sees the juniors head inland to Collie Golf Club, a course that has received rave reviews from visitors and is recognised as one of the best inland courses in Western Australia. Set amongst the forest and running alongside the Collie River, this picturesque course is a fantastic addition to this year’s tournament.

GolfWA’s Smarter than Smoking Junior Tour will be holding their own three-day event in conjunction with the 54-Hole Junior Classic. The Junior Tour uses modified rules and caters for golfers aged 12 and under.

Draws and leaderboards can be found here.

Round One – 15 July, Harvey Golf Club

← Back to previous page